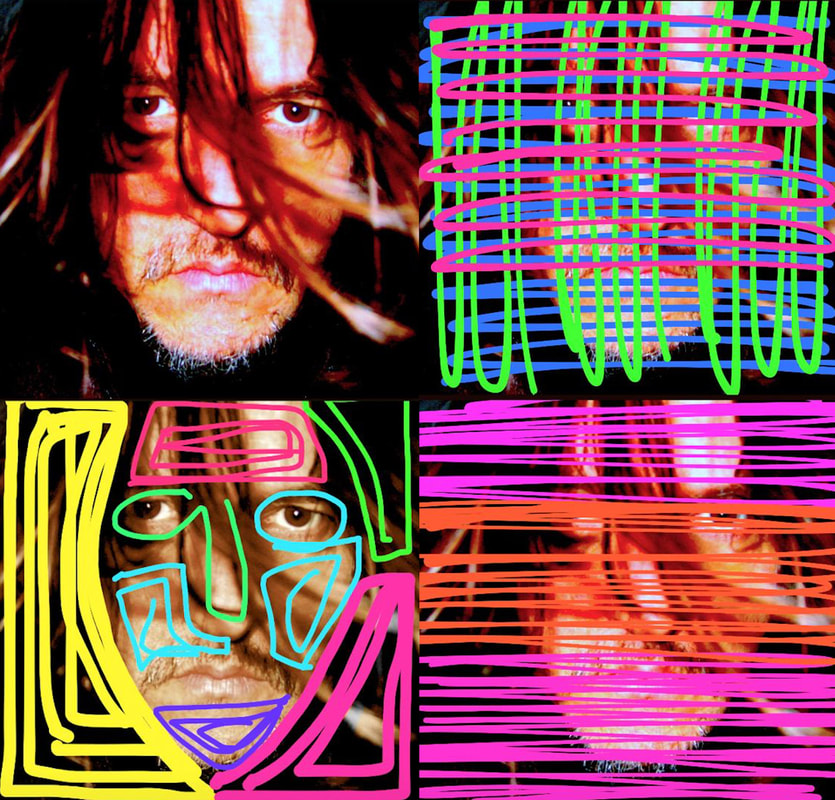 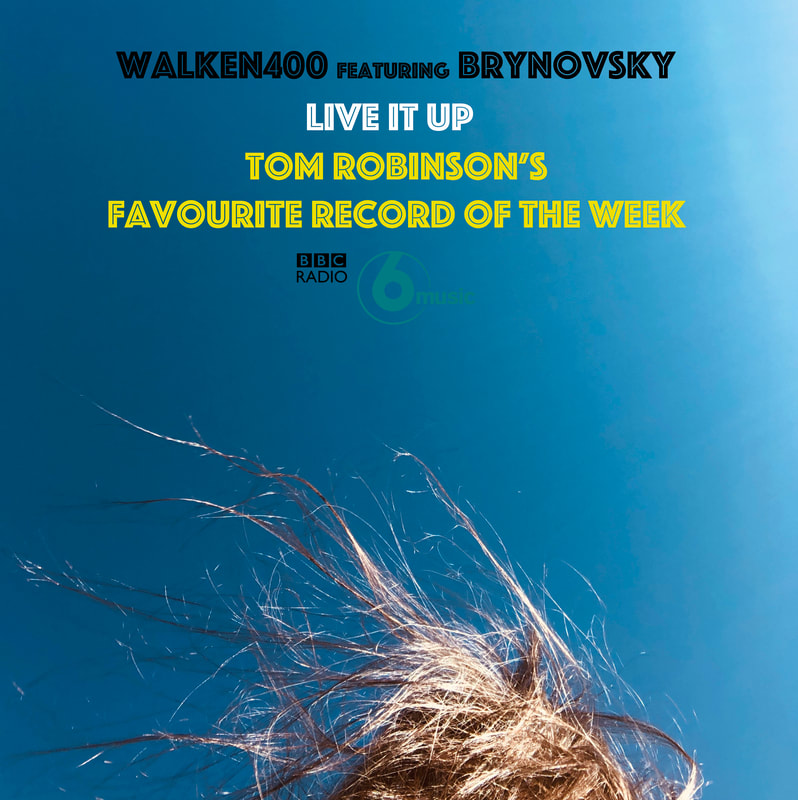 World Needs Changing features on Angry Baby Music Blog
New Single 'World Needs Changes' released on 12 June 2020
FREE Download
​
I've been so angered by the deep seated racism in America and the UK, and the horrible murder of George Floyd that I wrote a song about it.

Being a white guy from Colchester I had thought, how can I possibly write a song about George Floyd, Black Lives Matter & the protests across the world and really know how it feels for the people deeply impacted by it?

I had thought - what right have I got to comment on people's stories from another country, people who live on the other side of the ocean and who's life is so different from my own but then I thought - I've seen this evil racism all my life and I am disgusted by it, I've seen how the police treat people of colour, I grew up in a multi cultural Hackney and have witnessed (and stood against) racism and division.

I have never felt so disgusted with authorities in America (and across the world) as I have this week (and I already know of the evil and deep rooted hatred that lives in the heart of the president, as I've followed American politics for the best part of 30 years and fear it's only going to get worse with him).

I have watched the video's of how the police treat black people in the U.S, I have listened to the stories, I have read the news and I have understood what is going on in America and recognised it is the same story on our streets and in our homes in the UK (perhaps without the guns) and I feel that white people really need to call out the hatred, the division and the deep rooted racism that continues to eat away at our our communities and I stand in solidarity with the people this is impacting, it will only change if we all stand together and demand change.

One thing I can do is to write a song and call out racism and so I have - this is World Needs Changing.

J
x
Johnno was a special guest on the Tom Robinson show on BBC 6 Music.
Click here to hear the hour long interview (with lots of Johnno/Snippet/Old Tramp songs) 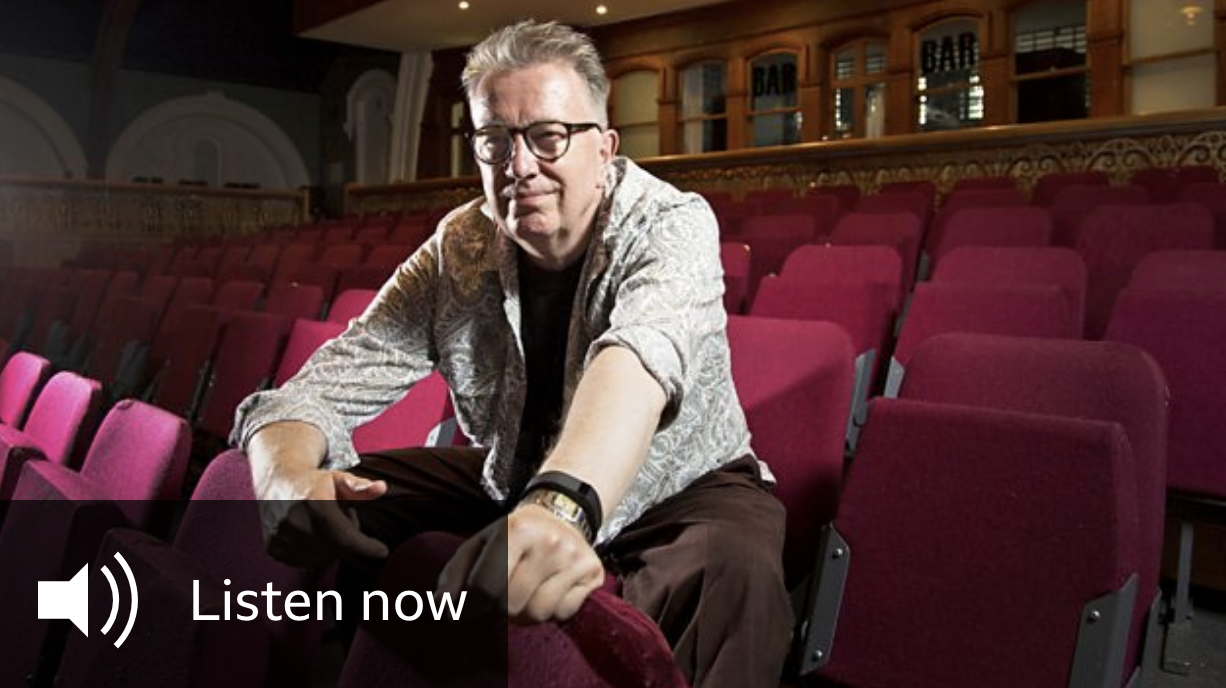 Hey, you can pre-order my new album Wonky now on digital or CD.
​With a free DL of first single Wondering 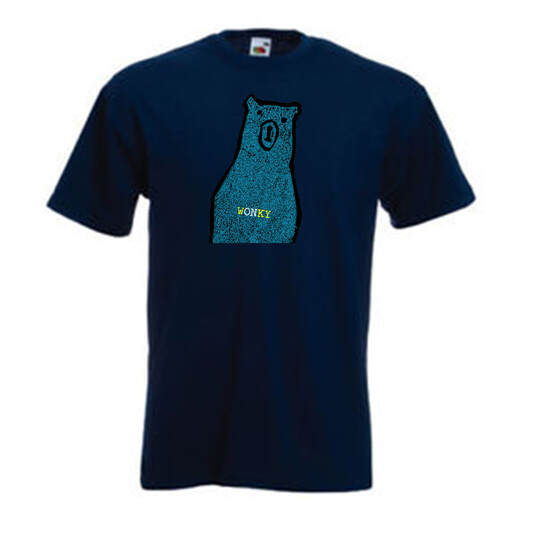 ​Ladies and Gentlemen I bring you a #Wonky Announcement!

Here's the tracklist for the Wonky album 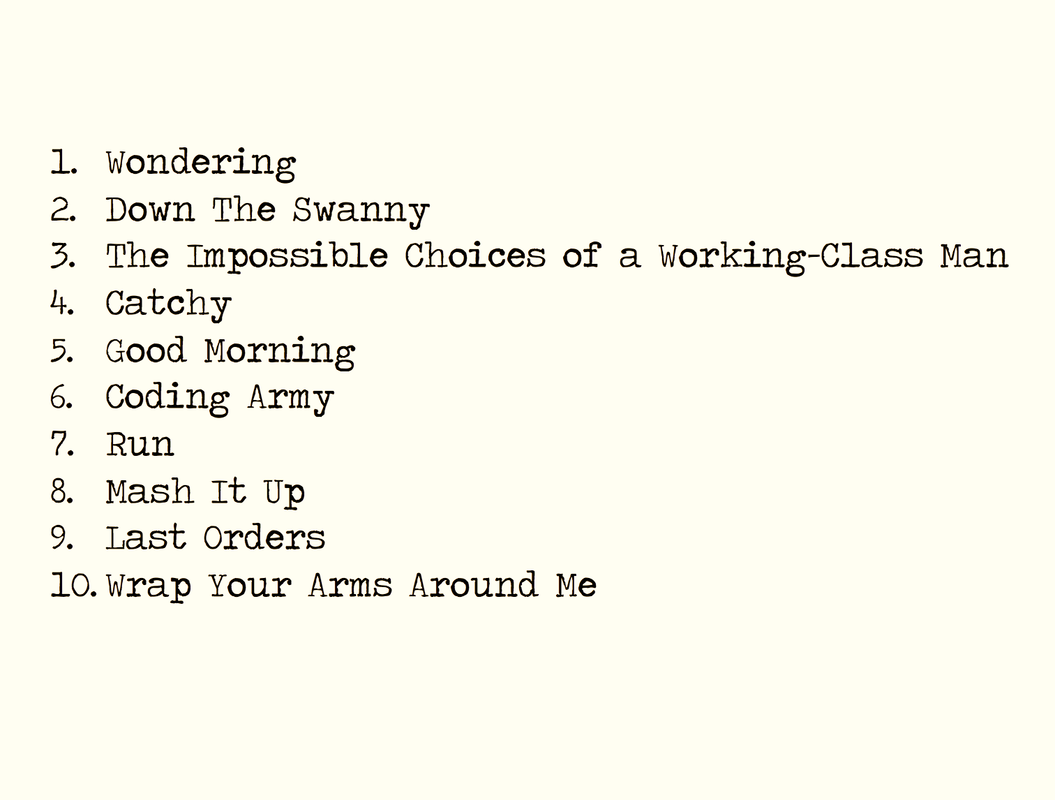 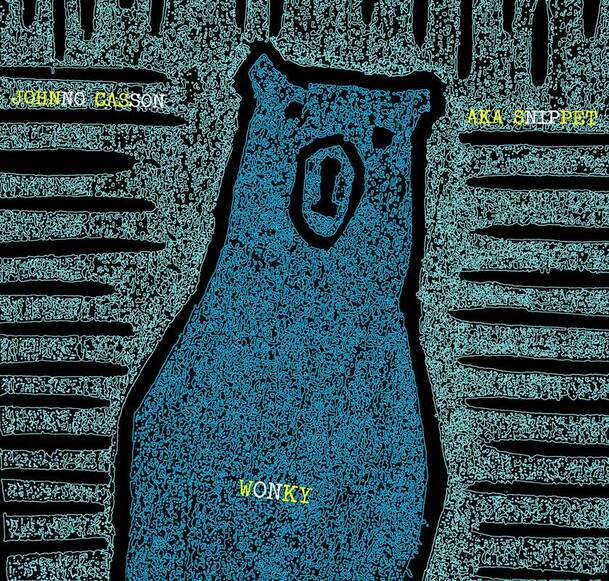 A brand new 10 track album 'Wonky' will be released on 20 March 2020 on Quirky Sounds.
10 nuggets of the finest British #SnipHop goes #WonkyPop​

In the meantime you can stream previous releases - over on Spotify 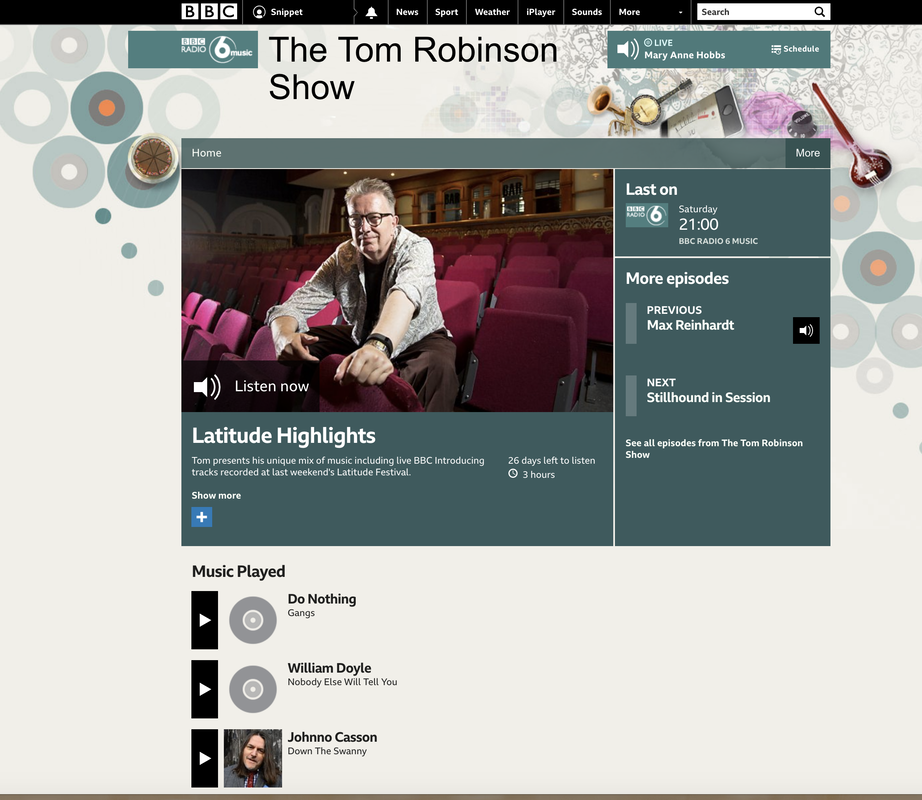 Tom Robinson features new Snippet song
​'Down The Swanny' on both his Saturday night BBC 6 Music show & the BBC Introducing Mixtape.
"Sounds to my ears like a major return to form" Tom Robinson

You can Now Order
'The Best Of Johnno Casson' 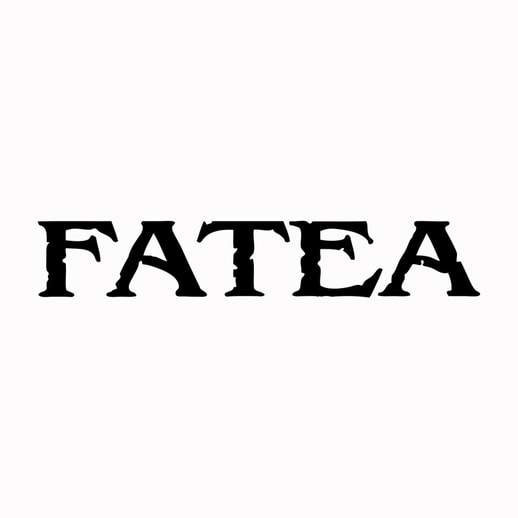 A special review of #TheBestOfJohnnoCasson by Fatea

A special review of #TheBestOfJohnnoCasson by Louder Than War 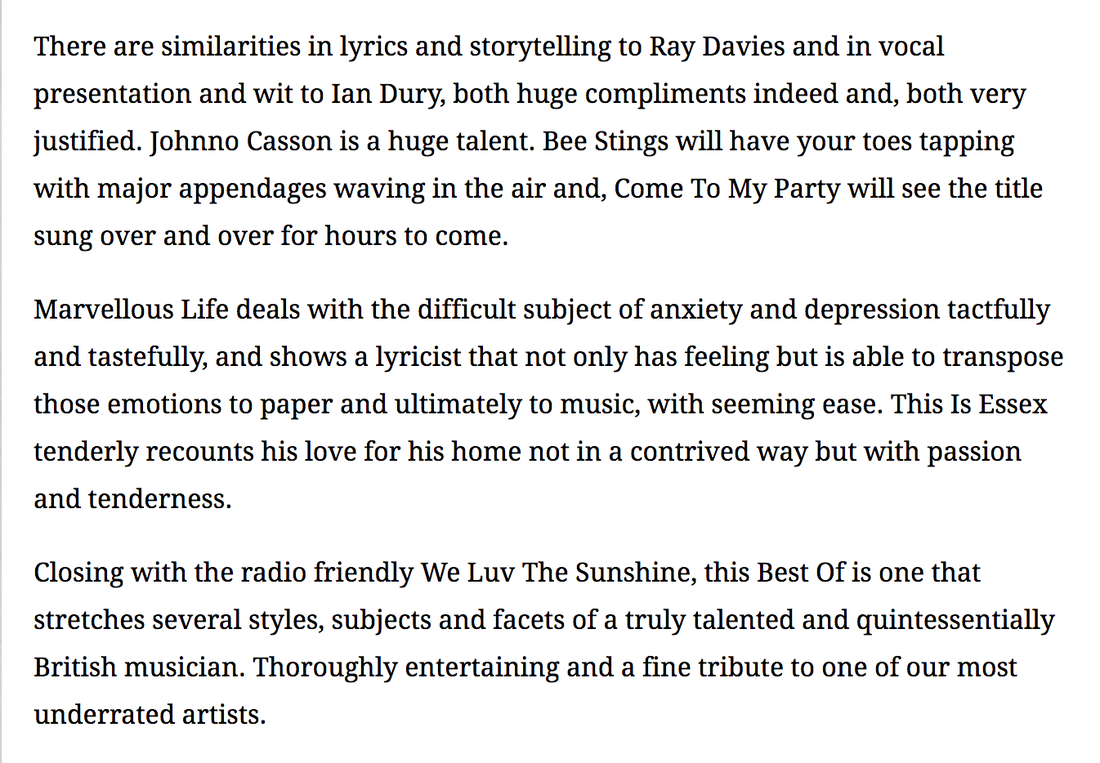 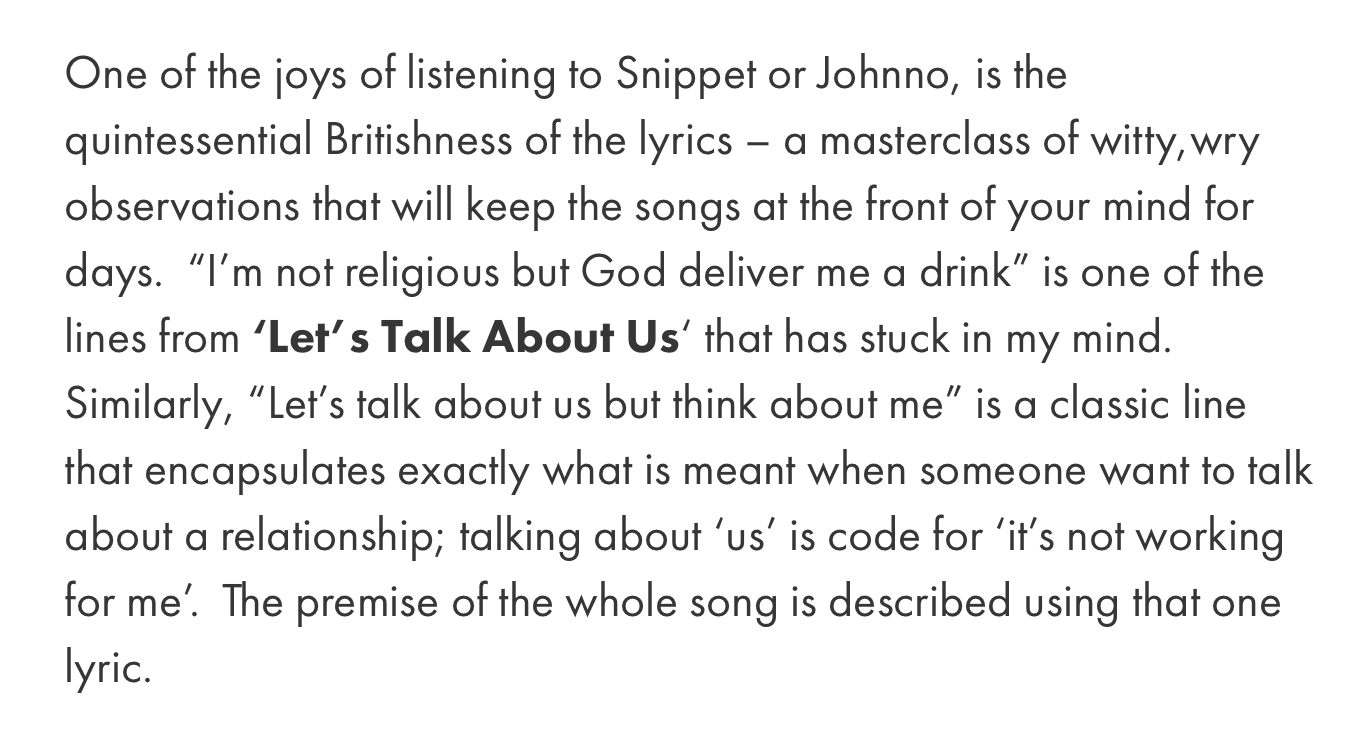 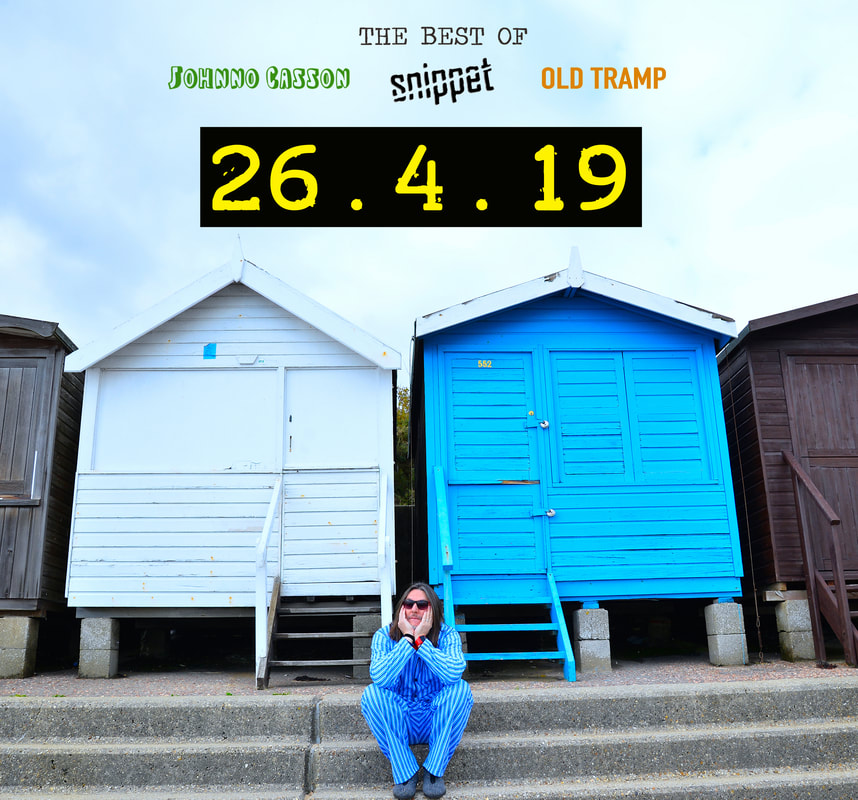 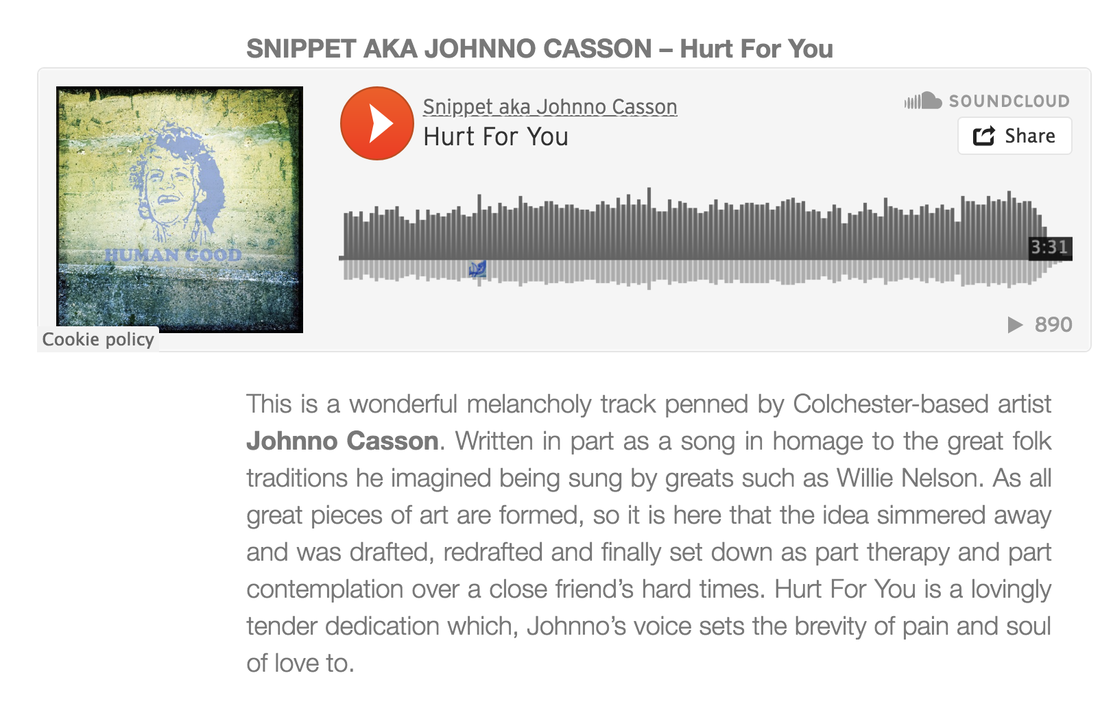 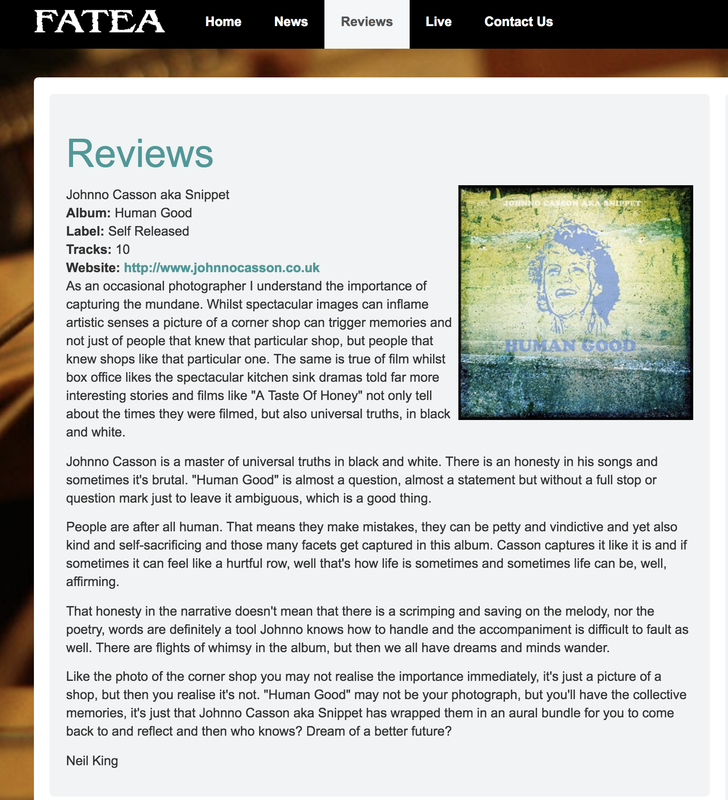 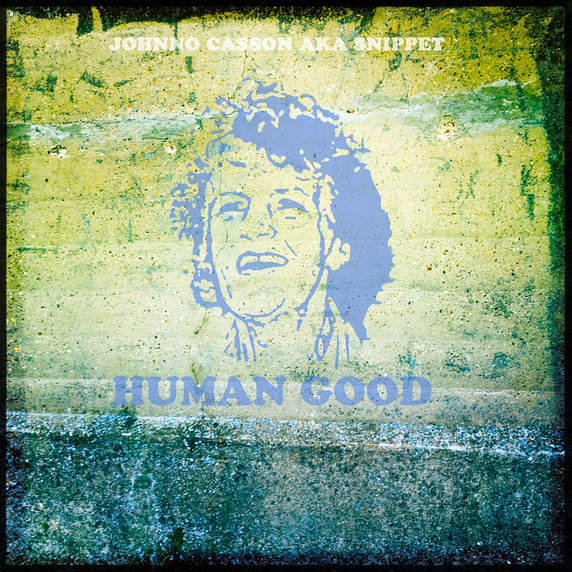 Grab a little piece of my heart 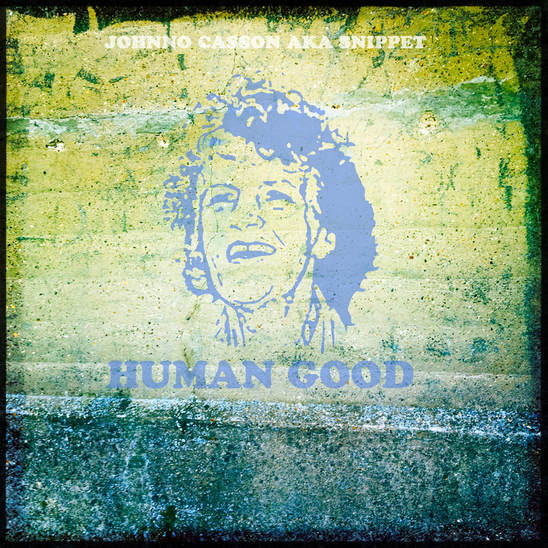 Louder Than War's Paul Scott-Bates reviews Human Good
"This, is how pop should be written. It’s perfect, from an artist who has that enviable talent. Listen and be impressed once more" 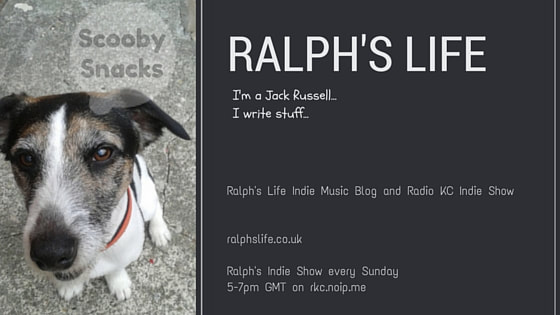 Gentle Days in on the latest BBC Introducing Mixtape 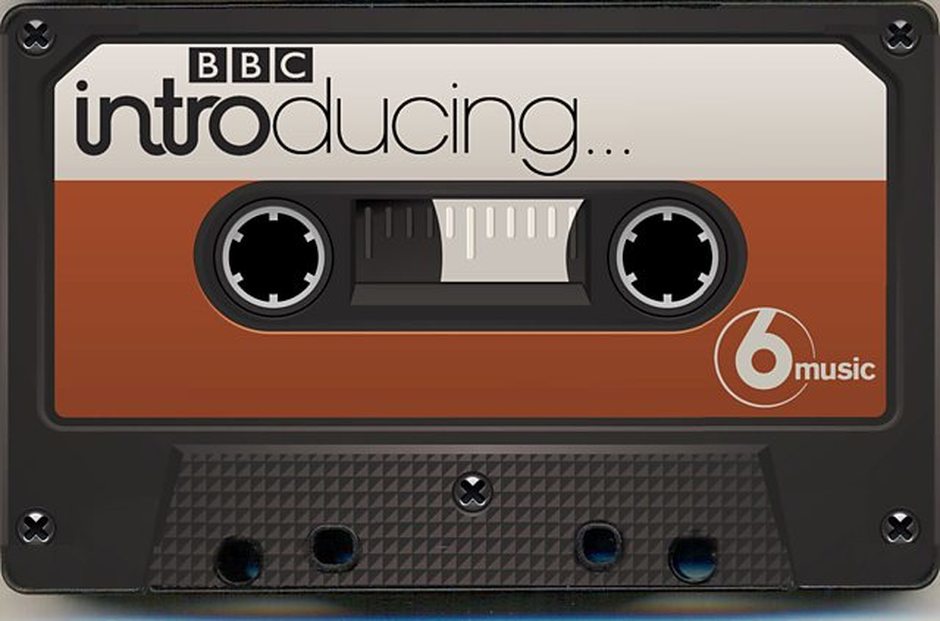 Human Good is voted by the public into Fresh on The Net's Fresh Faves
"​Hooky pop sensibilities topped with thoughtful, uplifting lyrics" 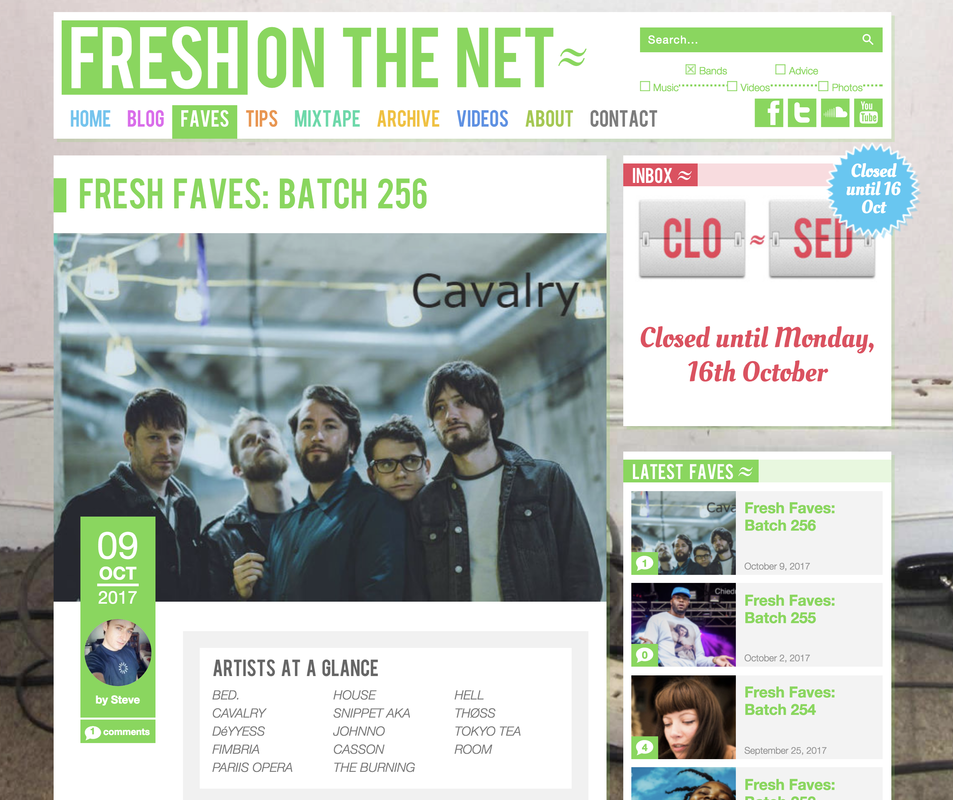 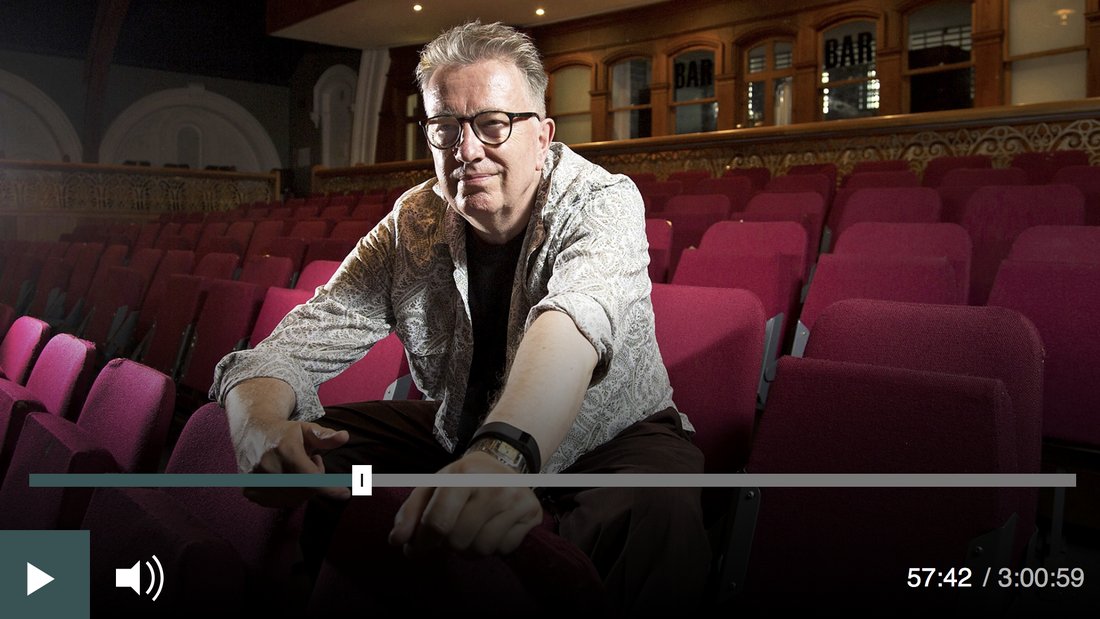 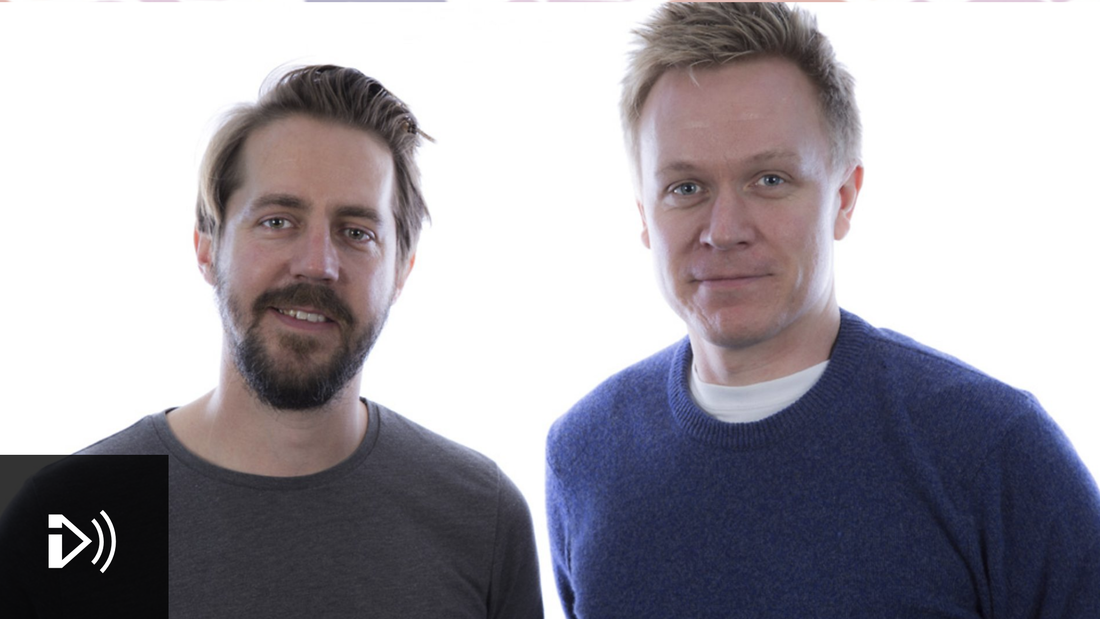 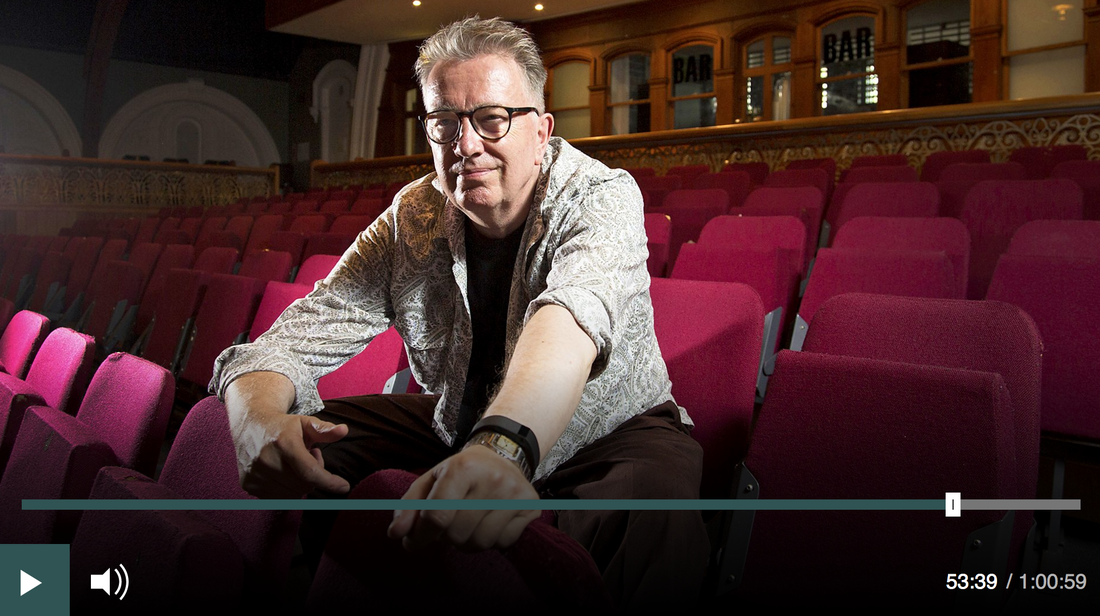 "Thats 'Being Yourself' by Johnno Casson, also known to long time listeners as Snippet. It's got a great video with Johnno doing just that , being himself quite brilliantly straight to camera.
It comes from his latest solo album Future Melancholy Pop Music, dedicated to the memory of dutch producer Wim Oudijk" Tom Robinson

Hope Can Win
​Though originally planned to be part of the next album, it seemed apt to share this new song on the week of the UK General Election

Thanks for the support x 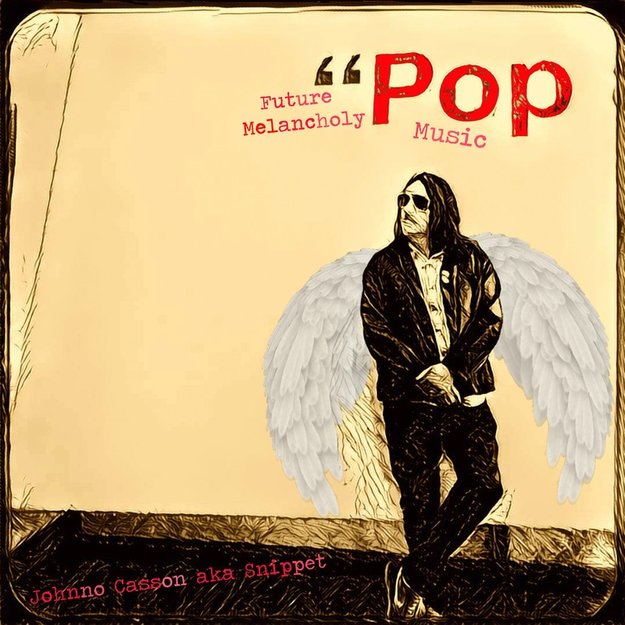 A message from Johnno

So many of you have been wonderful supporters of what I do and I know I've been banging on about this for a while but this one means a lot to me for a myriad of reasons so please indulge me.

15 tracks of British Pop Music over 47 Minutes, some are saying its my best work yet, I'll let you judge for yourself.

*This album is dedicated to my producer and longtime friend and collaborator Wim Oudijk who sadly passed away during the recordings for the album, his loss will continue to be felt and this album is testament to his production talents “it was simply wonderful to have a last hurrah with the nicest man I never met” 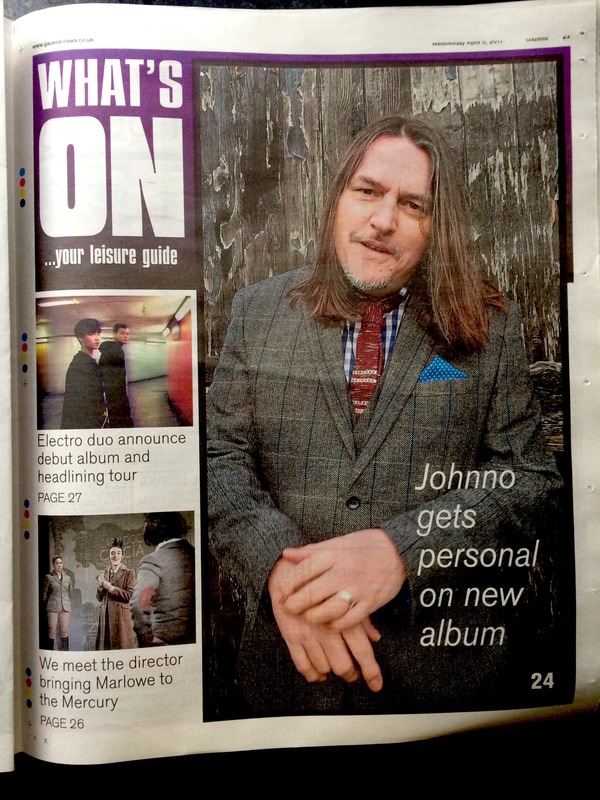 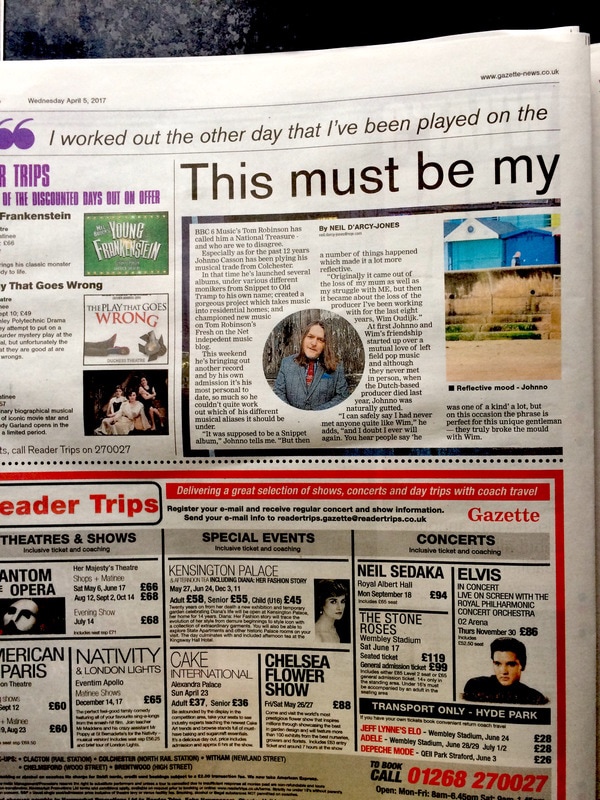 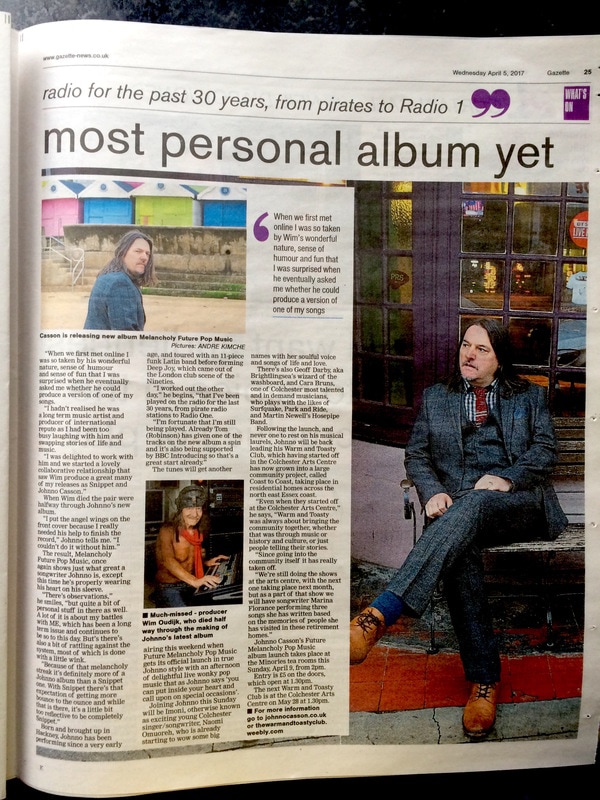 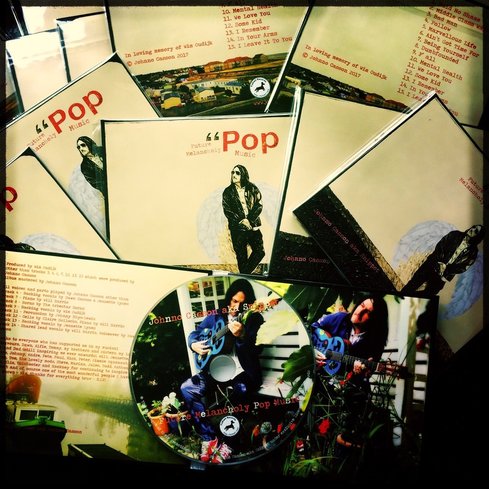 DON'T FORGET our SPECIAL OFFER for purchases from iTunes

If you pre-order or purchase Future Melancholy Pop Music any time from iTunes from now until 7 days after the release date, email us at mail@folkwit.biz with proof of purchase and we will send you a link for 3 exclusive bonus tracks.  Go check it out now: 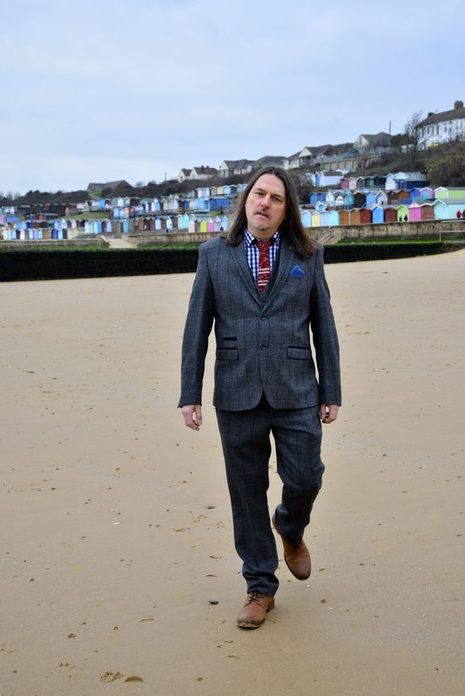 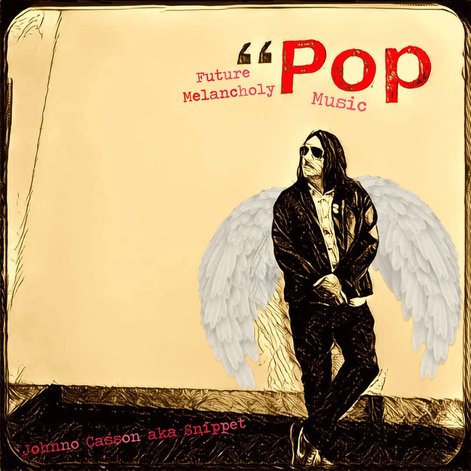 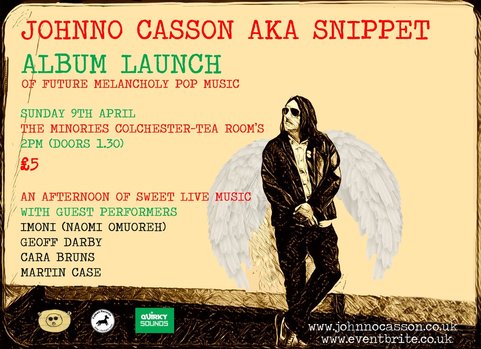 Join us for an afternoon of delightful live wonky pop music that you can put inside your heart and call upon on special occasions, with a healthy dose of heartfelt and a generous dash of wonderful, this promises to be a special date for your diaries.